How to Write Consulting Proposals and Actually Enjoy It

Many consultants I know (and I’ve met a few in my career) wish they’d never have to write another consulting proposal. With the exception of those on the verge of retirement though, it’s a pretty vain wish, since few are the prospective clients who will engage a consultant without first having a proposal in writing.

So why the hate? Well, for some consultants, it’s the task of writing… the “I’m a problem-solver, not a writer” syndrome. For others, it’s the nagging fear that the proposal won’t be accepted and all the preparation will be for naught. Another reason is simply the monotony of it. After all, proposal-writing isn’t exactly something many people would do for fun and excitement.

If you’re a new independent consultant, it’s understandable that the thought of preparing client proposals might fill you with trepidation. But really, it doesn’t have to be as painful as some would have you believe.

In this post I offer some tips that might help. If you follow them, you may not learn to love writing consulting proposals, but neither will the task become the stuff of nightmares.

If there’s one thing that can make proposal-writing enjoyable, it’s knowing that your efforts will almost certainly yield success. To that end, I include some guidance here which, as well as making proposals relatively painless to create, will increase their chances of being accepted without issue.

We’ll begin by looking at the events which typically precede the task of proposal writing.

Make or Break Point 1: The Invitation to Propose

It’s really a shame that writing consulting proposals is such an unpopular task, given their potential to secure lucrative engagements. Of course, if you don’t win the job, your efforts to create a proposal have all been in vain, but that’s why I want to help you write proposals that “hit” more often than they miss.

You can start to make the proposal-writing process easier from the moment a potential client asks you to provide one.

The request will typically come after a successful discussion or two with a potential client, or upon receipt of a formal “request for proposal” (RFP). These two events are quite different, especially in terms of how you respond to them.

Of the two scenarios, this is usually the most promising; as long as you make sure the client is sold on engaging you by the end of the initial discussions. The consulting proposal itself should serve as a summation of details agreed during verbal discussions, not a prospective exploration of possibilities.

This is the first point at which you can either make proposal-writing a painless task, or a painful one. If your verbal dialogue doesn’t yield the client’s agreement that the engagement is yours (subject to an acceptable price quotation), don’t start work on your consulting proposal. Instead, put some more effort into securing that verbal agreement.

Many consultants prefer not to go in search of requests for proposals, and some believe they are simply not worth responding to. I won’t weigh in on that debate here, since it would only be a digression.

Suffice to say that if you do receive an RFP (which will probably place you into competition with other independent consultants or consulting firms), I recommend you vet it thoroughly and take some time to research the company from which you received it—then decide if you wish to respond.

This process of investigation is often known as a “go/no-go test”. Its completion will potentially spare you from writing a proposal that has little chance of being accepted.

After all, companies often send out RFPs even when they already have a preferred consultant or firm lined up to take on the project. Since most RFPs require a very comprehensive and lengthy response, proposal-writing will be less of a nightmare if you pass on those unlikely to result in an engagement.

Make or Break Point 2: Choosing Content for a Consulting Proposal

Unless you are responding to an RFP, there’s no necessity to create a monster when putting your consulting proposal together. If you can’t fit your proposal on three pages (at the very most), you’re putting more work than necessary into its construction (or you failed to inform the prospect well enough in your preliminary discussions).

Remember, your proposal should not be a full explanation, but merely a summary of what you propose to do for your client. The four primary purposes served by a consulting proposal are:

Your consulting proposals should be structured only to serve the purposes above, unless you are writing in response to an RFP (in which case you will need to meet the RFP-specifications). You should be able to provide all the content necessary to do this in two to three pages without any issue.

It’s really important that every consulting proposal you write is customised to the client and the project, but that doesn’t mean you can’t make the task easier by using a structured template.

In terms of the structure, the following sections should be all you need to serve the primary purposes of a consulting proposal:

You may notice that I’m not recommending a section for your biography or work history, although a lot of independent consultants feel the need to include one in their proposals. If you want to include this information, you can do so, but it’s far more important to focus on your client’s business rather than your own.

Make or Break Point 3: Your Choice of Language

As promised, the remainder of this post will comprise a few tips which, while not necessarily making it less painful to write a consulting proposal, will help to make them effective.

Leave Out the Buzzwords and Jargon: Your client may or may not have worked with management consultants before, and may or may not be familiar with buzzwords like “best practice”, “synergies”, “optimisation” and “workstream”.

All in all, it’s better to leave buzzwords and jargon out of your consulting proposals. Plain English is all that’s needed to make a proposal easy to read—and less likely to make your client feel baffled or anxious about signing on the dotted line.

Leave out the Legalese Too: Remember that you’re writing a consulting proposal here—not a consulting contract. If you fill your proposals with stiff-sounding formal statements, a number of things might happen. For example:

A proposal stuffed full of contractual language could even result in a client deciding to look elsewhere for a solution to his/her problem, so stay safe and keep the language clear and simple. In fact, why not even try making it fairly informal and friendly? It really can’t hurt.

If You’re a Problem-solver, Not a Writer…

On a final note, I mentioned at the start of this post that some consultants suffer from the “I’m a problem solver, not a writer” syndrome. If that’s you and you’re not a lover of document-writing, you could make life easier for yourself by hiring a virtual assistant with good writing skills.

If you hire a virtual assistant offshore, you can benefit from very affordable rates, and get all your writing tasks completed for you (including consulting proposals), leaving yourself with more time to focus on completing projects and building up your business.

If you do decide to hire a virtual assistant, but would rather keep full control of your proposal-writing, it’s still a great idea to ask your VA to proof-read your work and edit it for spelling and grammar.

Proof-reading is an essential final step in proposal-writing, because although your proposals don’t have to be lengthy, full of legalese and jargon, or include your professional life history, they do have to represent you in the most professional light possible. So if you don’t have a virtual assistant, ask a friend or relative to check your proposals before you send them out. 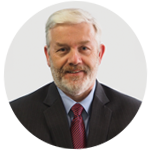